Too Slow To Disco 4 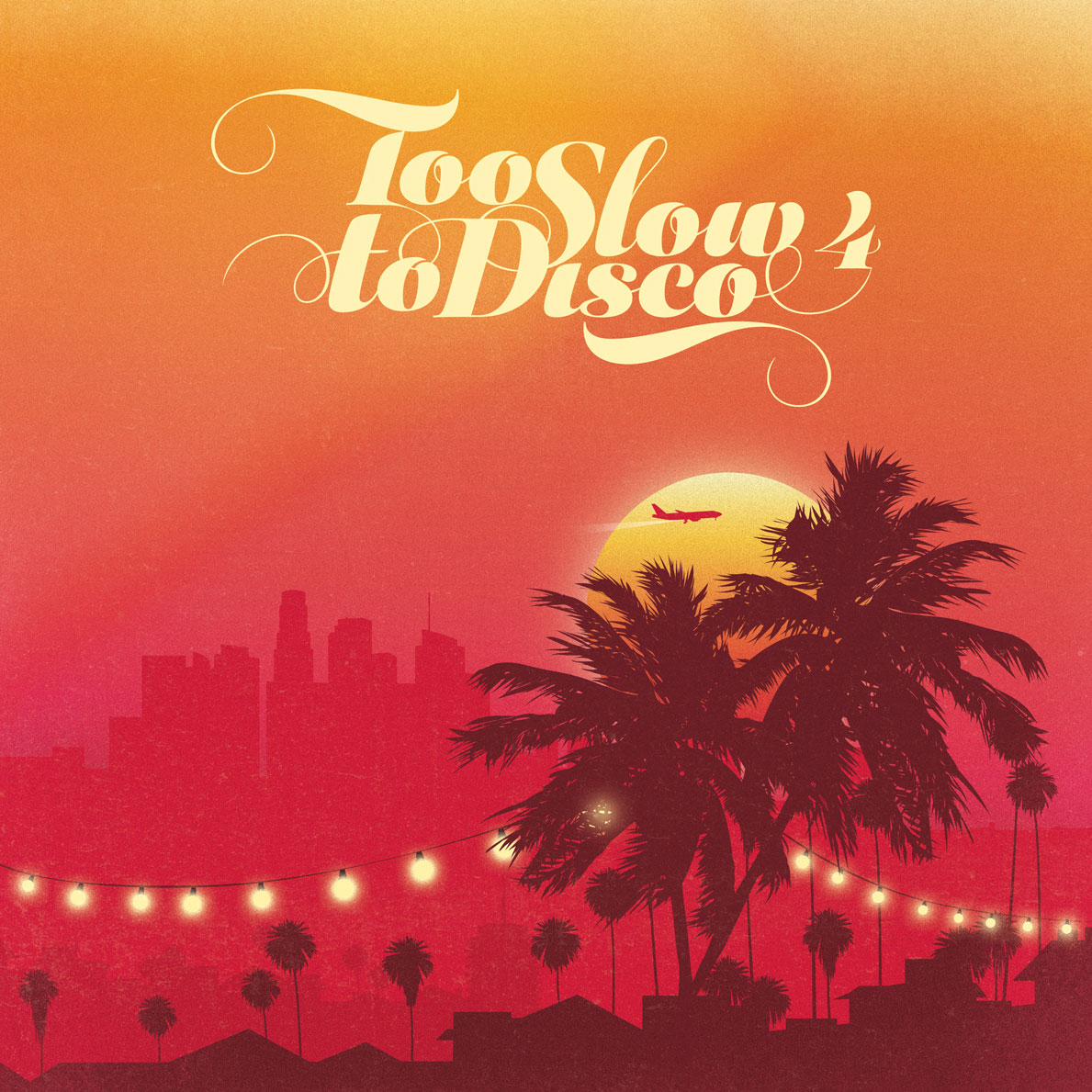 Too Slow To Disco 4

After smooth detours into Soul covers, French Neo-Disco, modern Sunset Disco and Brazilian AOR, in 2022 DJ Supermarkt’s Too Slow to Disco series makes a joyous return to its original Westcoast AOR/Yacht roots. Celebrating the 10th TSTD compilation. Who would have thought….

The Berlin curator releases a killer 4th edition of the original compilation art form, “Too Slow to Disco”, featuring forgotten and overseen gems from the mid 70s to the early 80s from a global world of smooth, brilliant lost and overproduced tracks from Finland via London and L.A. to Trinidad and beyond.

The great ‘un-vanisher’ of lost lazy classics, DJ Supermarkt once again unearthed some incredible music that labels, publishers (in many cases also those, who actually own the rights to those tracks…) and streaming services have often long overlooked. You’re welcome, world!

These sixteen tracks of newly ‘un-vanished’ hit-making genius find us once more in that delightfully Westcoast state of mind, the musical breeze in our hair as we corner on the headland, the top most definitely down. Too Slow to Disco 4 is also a love letter to the genre-smashing bravery of that era, Yacht Pop rubbing shoulders with Christian Gospel, groovy Folk, Country-Soul and Blue-Eyed Soul. As ever, DJ Supermarkts genius is to uncover the musical through line that joins these missing-in-action names and the tunes that could have been their big moment. The result is a kind of joyous alternative history of the era, where a very different pantheon of pop gods became the names we love.

As usual these tunes feature ludicrous levels of musical competence, boasting tight grooves in tighter polyester, and yet there’s (almost) not a single household name in sight. DJ Supermarkt is once again looking for the special “geniuses” in the background and behind the sound, musicians and a-list composers, whose names are not well known, but who wrote million selling tracks for other acts in the spotlight: Like Kenny Nolan, who a.o. wrote “Lady Marmalade”, The Dukes, who penned Sheena Easton’s “Modern Girl”, Air Supply’s “Every Woman In The World” and Chaka Khan’s “Fate”, famously sampled by Stardust for their French House Club-Hit “Music Sounds Better With You”.

Four of these 16 tracks are taken from super rare private press vinyls, unearthed by Dj Supermarkt over several years by chasing down the original composers, musicians or producers, and now officially rereleased for the very first time.

As ever, you can expect a cast of insanely talented, Grammy-winning musicians and composers. People like Kenny Nolan, Alan Price (from The Animals), Marc Jordan and Peter Skellern. Perhaps they never quite reached the ‘posters on a teenager’s wall’ level of fame, but they all had peerless reputations for writing and producing hits for others like an assembly line. All next to some unfairly one-hit-wonder-ish performers like Max Leake, Prime Time Band, James Felix or Severin Browne, the latter not only being Jackson Browne’s younger brother, but also the first ever white artist to be signed to Motown Records. Not to forget The Faragher Brothers, who had the honor of being the first white band to perform on the TV show Soul Train, and who summed up their fate of not being successful with a wise phrase, familiar to many Too Slow To Disco acts: “We sounded like the Spinners, and looked like the Allman Brothers…Now that’s a marketer’s dream!”.

Thematically, rest assured, all is well in the Too Slow to Disco universe: ‘gigolos’ are mentioned, the slap bass is peppy, the saxophone solos way too long, there is plenty of sweet hi-hat work, plus syncopated horns that dream of Earth, Wind and Fire. Up front, behind the microphones you’ll find white jackets and mirrored shades, some jazz chops and a fair few unpaid bills. It’s a heady and soulful brew.

The combined (could have been)-hits are enough to make you want to trash that dorky bluetooth speaker and order some hi-fi separates from the high street. Let’s all remember the era when ‘Alexa’ was an alluring name for a dancer, not an uncanny way to order milk.