Introducing »The Ladies of Too Slow to Disco«

The mid 1970s sure was a man’s world. And those blue-eyed soul boy, groove geniuses certainly were hot stuff. But their ambitious recording and partying antics, which we documented on Too Slow To Disco volumes 1 and 2, were mostly a guy-centred drama where the women seemed to be just decorations, mere backing vocalists to the men up front. In “The Ladies of Too Slow To Disco” it’s time to redress the balance. 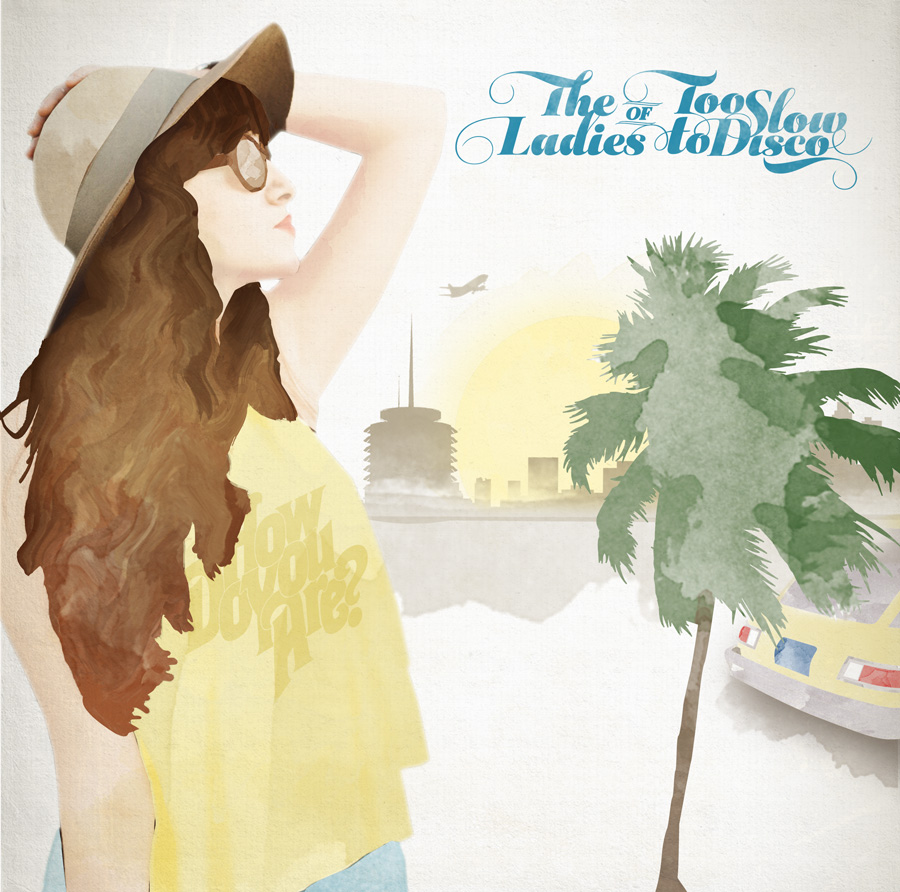 Turns out the guys didn’t have a monopoly on either writing great songs or the excesses that went with recording them. Fighting bigger battles even to be heard, the women of Too Slow To Disco represent the vanguard of female pop. The songs gathered here chart these artists’ own complex stories of love, addiction, jealousy and joy, madness and motherhood, wrapped up in brilliant grooves and sinuous rhythms. They also happen to represent some of the finest, most enduring pop music of those years.

Carole. Carly. Rickie. Sure, some of these names you know. They brought new subjects to the studio, righteously loved to this day for finding new ways and new tones in which to express every emotion. But for each of the well-known ladies of the post-Laurel Canyon scene, there are so many more you won’t have discovered. As ever, we’re finally bringing the spotlight to the deserving.

If the seventies post-singer-songwriter world was all mad musical egos and chaotically fluid relationships it’s the creative solidity of the work here that stands out. In her own way each writer and performer here delivers new twists and new life to pop’s once all-male perspective. And they groove just as hard as the men of course.

Take the amazing Franne Golde. She never became a household name despite penning songs that have notched up around 100m sales worldwide, now isn’t that something? Or Evie Sands, the gamin soulster whose sixties would-be breakthrough hit was stolen from her and given to another artist right under her nose. Still, she carried on and wrote some timeless tunes including the slickly reprimanding “You can do it” included here. (And she’s still on the road touring too.)

Laura Allan’s “Opening up to you” captures the mood of the decade and of this collection perfectly. A rhythmically deft, proudly self-aware love song, Allan’s writing is tender but she always stays in control, and the whole thing floats like a leaf on a summer breeze.

You’ll find plenty more of that sophisticated West Coast pop sound you know we love, where the tune and the groove and the lyrics just fuse together in a kind of endless sunlight. Take the cruelly overlooked Leah Kunkel’s “Temptation”, a total ear-worm, beautifully played with session musicianship from members of Toto. Leah was the younger sister of Cass Elliot from the Mamas and the Papas, and perhaps wary of comparisons mostly lived the session singer life until she stepped out into the limelight in the late 70s with this lost gem.

Pop is notoriously over-concerned with surfaces, and as a result writers have traditionally played second-fiddle to performers, background figures rarely accorded their dues. But for women writers back in the sixties and seventies this was an even harder battle with the low expectations of high chauvinism.

Carole Bayer Sager, an incredible writer and performer, wrote “It’s the falling in love” and released the definitive version (Side B here, friends) a year before Michael Jackson’s slavishly identical cover on appeared on Off The Wall. But it’s always assumed the King of Pop wrote it of course, and that expectation that a man ’must have written it though, right?’ is sadly a refrain that still rings down the years for so many female writers, right up to Madonna, Gaga, and Swift.

So we hope we’re moving the needle, reinstating a few unjustly overlooked talents back into the pop pantheon. But above all this is about the music, that vaulting ambition that pours out of these arrangements, lyrics and melodies, all played by the finest musicians the LA scene could muster. So take a trip with us, and round out your picture of a decade. The style is still Too Slow To Disco. But the inspiration and the achievement is all woman.