Introducing »The Ladies of Too Slow to Disco 2« 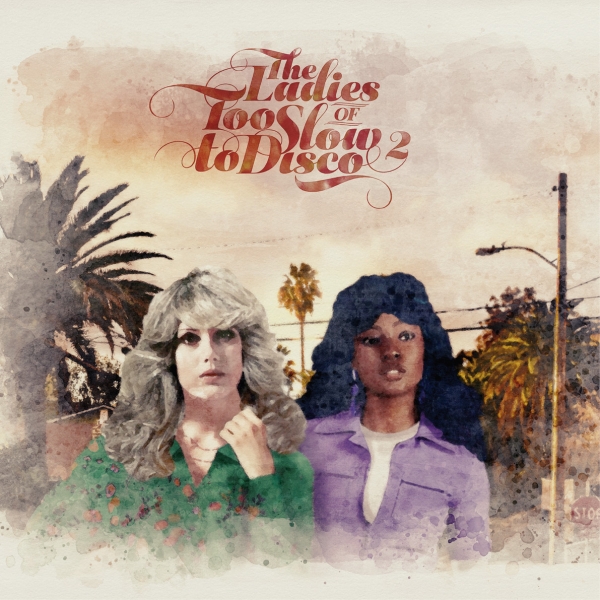 So, music’s your thing. You’ve found your voice and written some killer songs. But eventually the realisation dawns: if you want to ‘make it’ you’ve got to get organised. This second volume of “The Ladies of Too Slow to Disco” tells a deeper, more political story about 16 fantastically talented women, how they found their own way through the peak-machismo years of the recording industry, to make the records they wanted to make.

On this volume you’ll meet artists like Holly Near and Linda Tillery, who set the Women’s Music movement in motion back in the 70s. Female artists determined to fashion a music industry that worked for them, starting their own labels like Olivia Records and Redwood Records, a good twenty plus years before Riot Grrrl, planting an early flag for feminist-DIY.

As ever with a TSTD collection, we’ve found artists with something to say, even if they struggled to be heard at the time. Sharon ‘Terea’ Thompson might have found her album stuck in a tax-loss limbo, but that doesn’t take anything from the intimate jazz-tinged delicacy of ‘Pretty Bird’.

These artists knew how to take opportunities or turn traditions on their head. The UK light entertainment all-rounder Marti Caine brings us a sultry, grooving ‘Love the Way You Love Me …’, a killer cut from her ill-fated ‘Point of View’ album. Anyone else hear pre-echoes of a certain Roisin Murphy? We do. And you’ll find Scotland’s unstoppable Lulu, busy in TV, film and music since the mid-1960s, delivering her much-sought-after ‘I Love to Boogie’ single, a slice of shuffling disco perfection from 1979.

Next, to Canada, where Martee Lebous brings us a typically ambitious jazzy-vaudeville tale on ‘For David’. A talented writer, called on to work for Jim Messina and Dusty Springfield among many others, she shouldn’t be overlooked. And Valerie Carter, who you might recall from the sanely great ‘Crazy’ on our first “Ladies of …” volume, this time bringing us a groovy slice of hippy-folk-soul with ‘The Story of Love’.

Every TSTD collection is a chance to champion music and singers who’ve been unjustly overlooked. Take Lonette McKee’s ‘The Way I Want To Touch You’. It had eluded DJ Supermarkt for five long years. Rights issues. Dead companies. Unanswered phones. But with a little help from the wonderful Lonette (so many thanks …) and her original producer Mike Theodore, we finally got the rights and bring you its first ever re-release.

We’ve loved putting this edition together. These are women of incredible character, talent and substance. There’s a broader sound too, touches of gospel, jazz, funk and soul as we navigate beyond the shores of AOR. These are songs with swagger, from women of character, sung by those who’ll keep knocking until the damn doors open. Think of this album as the soundtrack to a 70s film about women who are getting stuff done. Enjoy!