»L.A. was a joy… but perhaps it was time for a change of scene? Everyone knows there’s a point in every party where you wonder where you put your coat (and where your car keys went…) Eventually you’ve chatted to enough Laurel Canyon wannabes and soon-to-be-cult-members. Maybe, like so many hard partying pioneers of the smooth genre before us, we were experiencing a little, ah,… burn out? « 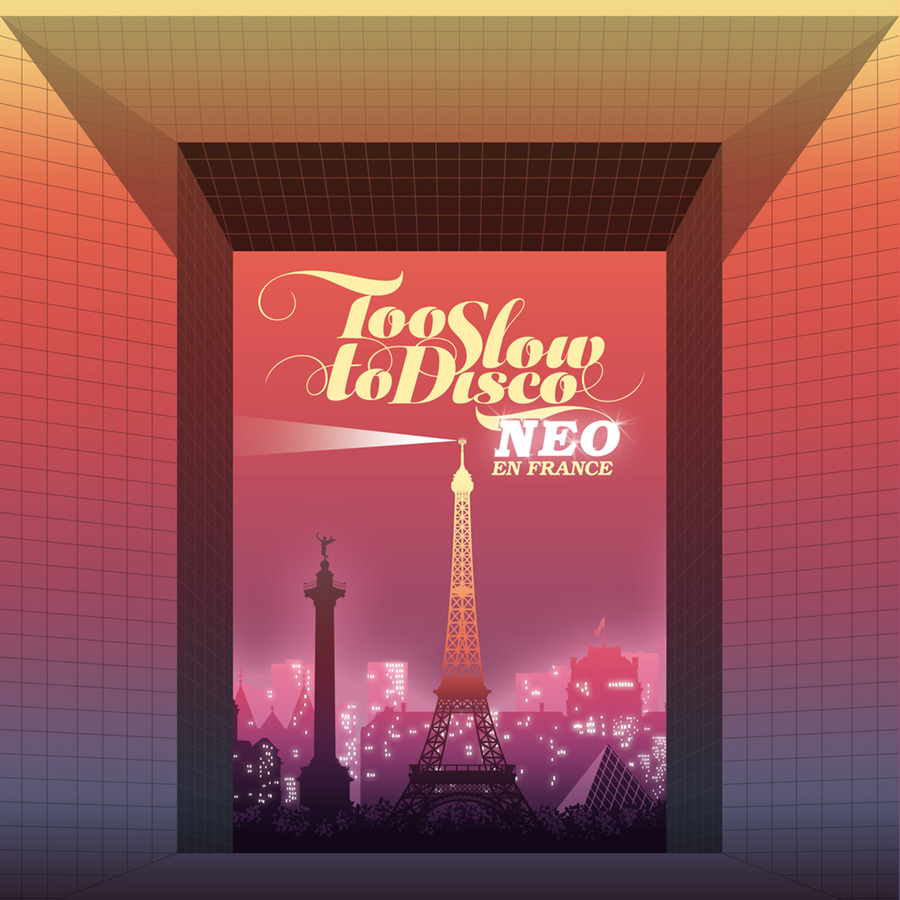 After a reviving detour through the wonderful record collection of Brazil’s legendary Ed Motta for TSTD volume 5, it was back to Berlin. And DJ Supermarkt, our tireless curator and crate-digger, found himself wondering: was there a smooth sound actually happening in our European backyard, like, right now?

True, Germany’s tunesmiths weren’t channelling pure sunshine right now (did they ever…?) and Great Britain, all jittery with Brexit, seemed an unlikely place to look for positivity. But something interesting was bubbling up to the west. Perhaps it was time to take a ‘research trip’ to the Côte d’Azur, powered by some exemplary wines and cheeses? This was a mission the TSTD team could get behind. Long story short: DJ Supermarkt woke up in France.
In a way, it was obvious. French culture has always prized the distinct, the colourful, the melodic – in everything from music to food to fashion. Their films (and their equally delectable soundtracks) have been unabashedly driven by big ideas and unforgettable melodies. Their pop music has always had Anglo-American heroes, but taken its own form, often more dandy-ish, erotic and daring.
And their disco was always just fast enough to dance to, merci beaucoup. Think Marc Cerrone (Supernature, Give me love, and so many more), Daniel Vangarde (Ottawan, Sheila B Devotion, oh, and father of Daft Punk’s Thomas Bangalter), Space (Magic Fly) and that camp crooning master, Patrick Juvet. Sample some AOR-Disco, compress those kick drums, filter sensuously and a few years later the world would hail this sound as ”The French touch”: Motorbass, Air, Daft Punk, Etienne de Crecy, Saint Germain and all their friends arrived and suddenly ”Paris was burning”. And as a new millennium kicked off, bands like Phoenix or Sébastien Tellier blended the French touch with smooth American blue eyed soul on their influential early albums. Maybe, just maybe, the planets would align once more?

In the last couple of years DJ Supermarkt had come across a bunch of artists who had, perhaps unconsciously, started drawing once more from those lush inspirations that the TSTD series is always looking for, whatever the decade. But these kids added a tasty slice of lazy disco to the menu. Parfait. It was time to bring Too Slow to Disco right up to date, right here, en France.

Rencontrez la nouvelle équipe / Meet the new team
Being French, this is one upscale party, and everything has touches of that ‘sophisticated catchy’ mood we love. Melodies abound, wrapped round wry or wistful lyrics. The charm factor is conspicuously high. Oh and someone here has literally set Debussy to a disco beat.

We have seventeen new names for you to learn, led by two leaders of France’s musical aristocracy: Bertrand Burgalat, premier honcho of the Tricatel label, musician, composer, arranger, producer, and the electro-disco wizard Yuksek who also runs the infamous Partyfine label. Together they crown this compilation with an exclusive unreleased extended version of “Icare”, a dancefloor darling that makes you wonder if disco actually began in a Paris suburb.
The days of musical ‘scenes’ and shared haircuts might be long gone, but there’s common musical ground here, like late night DJ sessions at the Baron or low-key gigs at Paris’s Le Pop-In. This fine gang share labels (Partyfine or Tricatel of course, but also Cracki or Profil De Face) and influences. They collaborate a lot, Ricky Hollywood and Bertrand Burgalat had a small underground summer hit last year in France with their « L’ amour peut-être », Ricky remixed Clea Vincent, etc…

Many of these artists are well known in France, others remain hardly discovered in their homeland. A few raised some eyebrows internationally: Bertrand Burgalat has produced Nick Cave, arranged Supergrass or remixed
Depeche Mode (a.o.). Frank Ocean invited Chassol to be his personal musical collaborateur for his album “Boys Don’t Cry” (recommended by Diplo), he also worked with Sébastien Tellier and Phoenix, Acid Washed, Keren Ann a.m.m.! Pharrell has played Poom on his Beats1show etc…

As with every TSTD edition, these are ambitious musicians, crafting rather astonishing chansons, just ones you might have missed. Dirty Gainsbourg-ienne basslines underpin aching melodies and sensual grooves. Guitars shimmer under imaginary disco balls. Saxophones wail (you know how we love them), basses are proudly slapped and even there’s the occasional, knowing use of Autotune.

For these are the grandkids of the Nouvelle Vague, Michel Legrand, François de Roubaix, Serge Gainsbourg, Les Jeunes Gens Modernes and the giants of the French Touch. They sing en Francais or with those terribly charming English accents, just as the mood and the material takes them. They’re boys and girls. Duos (Bleu Toucan, Poom, Magnüm or Weekend Affair…), bands (L’Impératrice, Cléa Vincent and her friends), collectives (the elusive Catastrophe) or solo artists (Jean Tonique, Lomboy, Chassol, Saint DX…). And even when they’re partying there are little darts of melancholy, nods to loves denied or dramatised.

Au retour a l’avenir
So welcome back to France – chic but not Chic, yet always ready to dance. The best music is always a patchwork of ideas, borrowed, reinterpreted and remade. A long-distance love affair between artists who never get to meet. So this latest volume is a French kiss, looking out over the bay in Cannes. Sip the wine, blur your eyes, and it could almost be L.A.